World Airshow News is published bimonthly (6X per year), and exclusively covers airshows in the U.S. and internationally. Each issue contains some of the best aviation photography on the planet, interviews with performers, and in-depth coverage of large and small airshows. Each issue features a "stick time" column, whereby one of our writers relates what it was like to fly with a current airshow performer. ================================== World Airshow News (WAN) was published continuously from 1986 to May 2004 as a trade magazine. In July 2004, it was relaunched as a colorful, lively magazine of airshows, airshow performers, airshow acts, and related companies and activities. At that time the magazine underwent a dramatic redesign, in preparation for its debut at bookstores and specialty shops. March, 2005 marked the newsstand rollout of the magazine, which was available in hundreds of bookstores and specialty shops across the U.S. In 2013, we decided to return to subscription-only distribution, based on the high waste inherent with newsstand distribution. The magazine is published six-times per year, along with with an annual sister publication called Airshow Professional (our catalog of airshow-related performers and businesses). ================================== The magazine offers a yearly (11.99$) auto-renewable subscription - Payment will be charged to iTunes Account at confirmation of purchase - Subscription automatically renews unless auto-renew is turned off at least 24-hours before the end of the current period - Subscriptions may be managed by the user and auto-renewal may be turned off by going to the user's Account Settings after purchase ================================== This magazine is proudly made with PressPad. Find out more at www.presspadapp.com 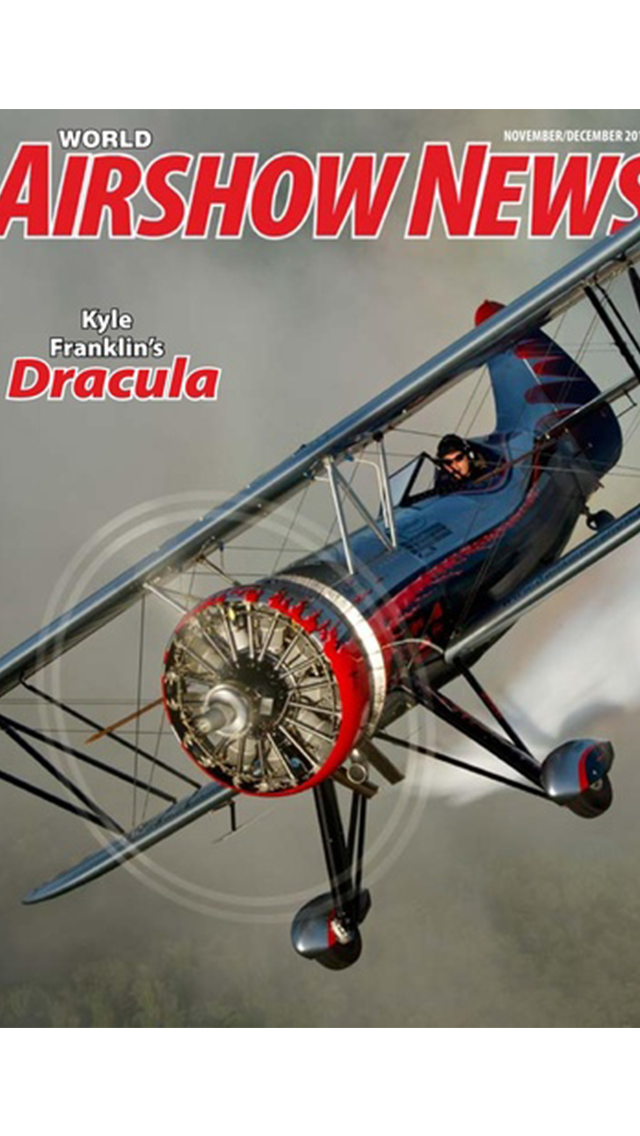 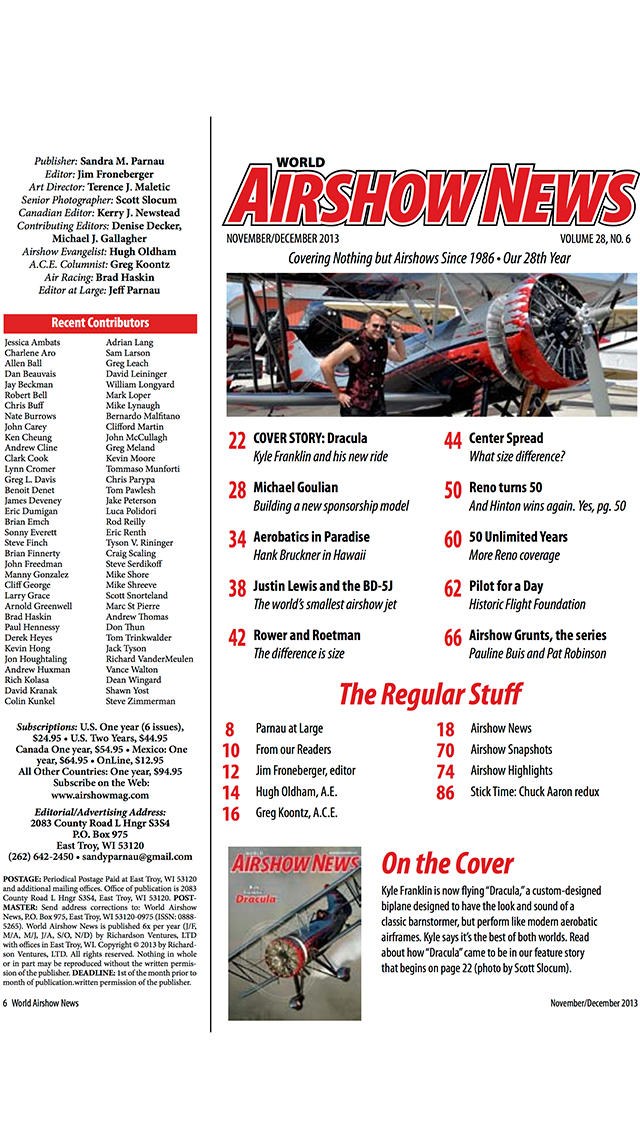 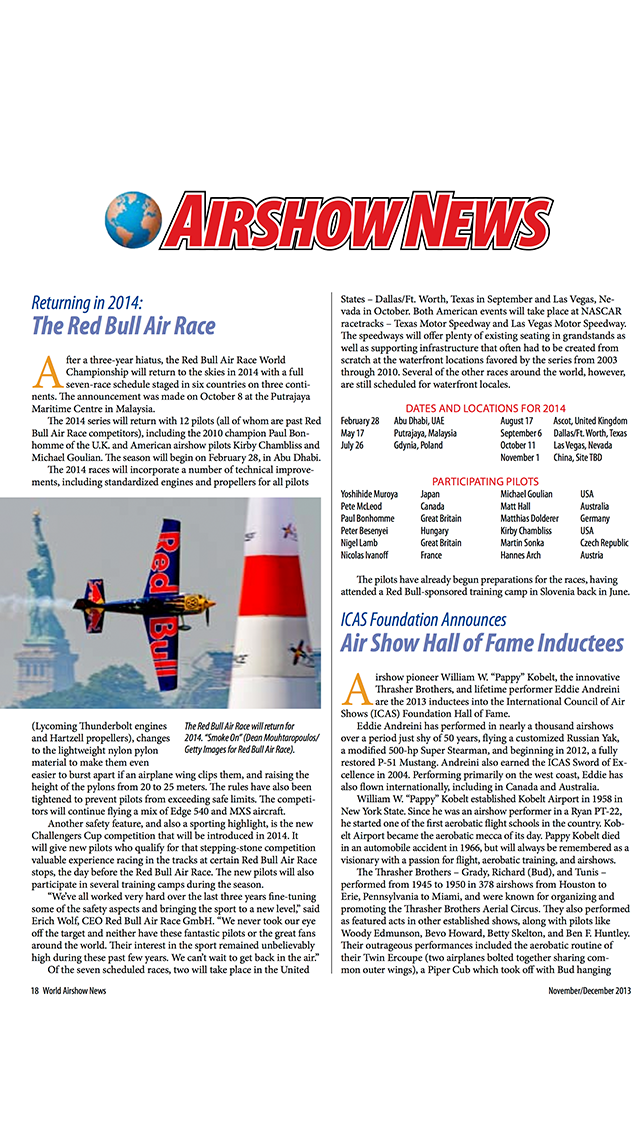 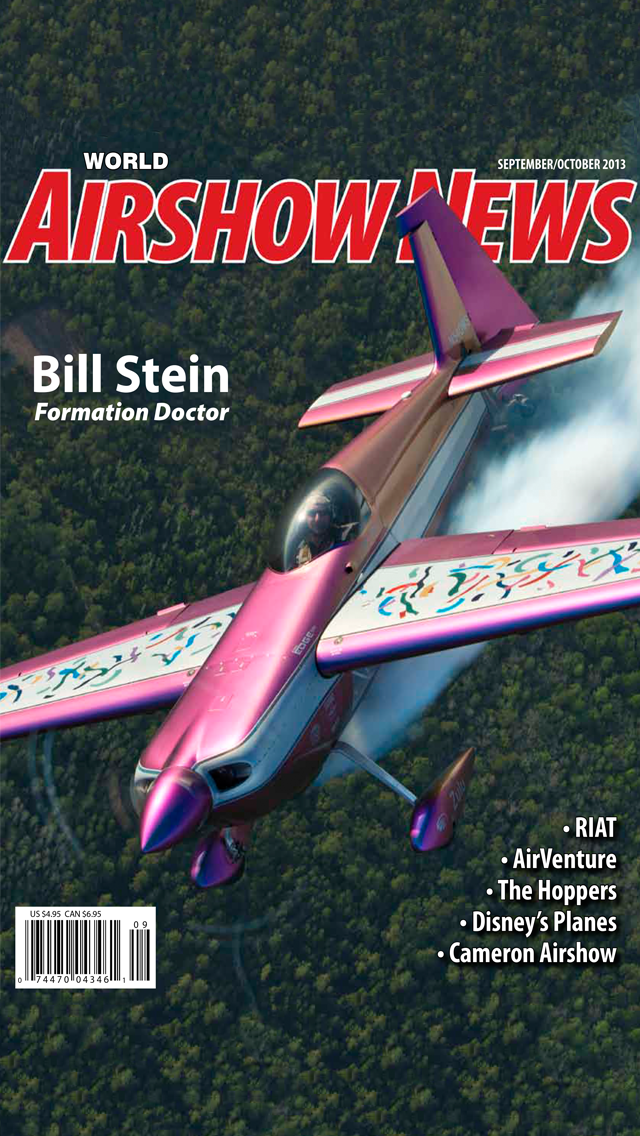 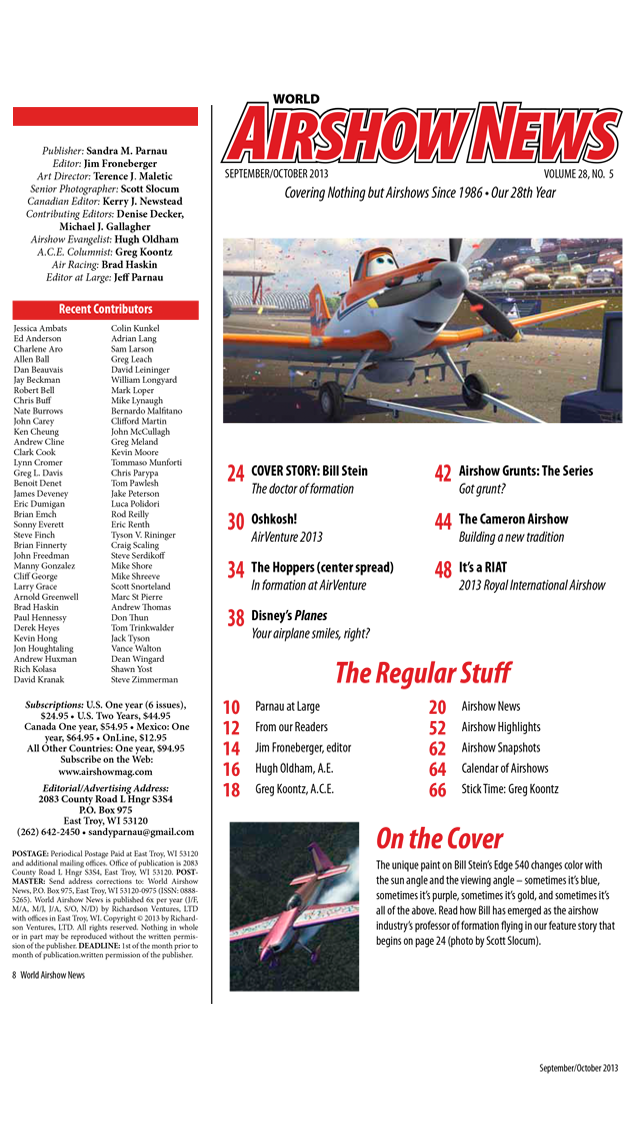